Where did the fall go… 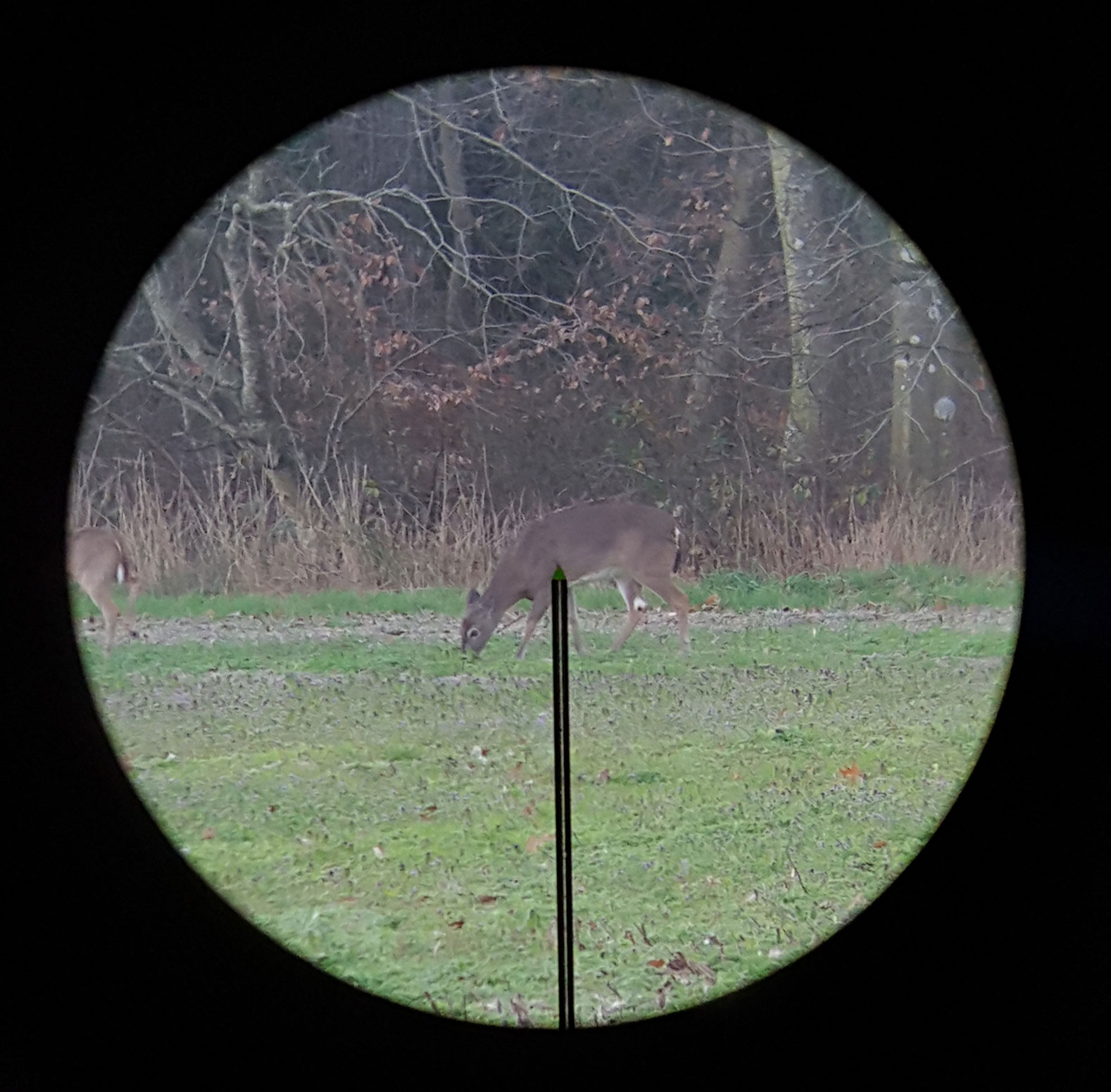 Where did the fall go…  Here it is almost Christmas, and 70 degrees + to boot.  Since the last update we have had the two week Maryland rifle season for deer.  The second and the start of the 3rd split of duck season.  An amazing fall run of schoolie stripers in both the Chesapeake and coastal bays.  Virginia rifle season is still going on.  Thanks to El Nino` the fall temperatures has been well above normal.  Up to this point there has only been a few nights below freezing on the eastern shore, definitely not normal!  The mild temps have been great for the guys fishing, but quite the opposite for hunting.  Waterfowl migration?  What is that…  Birds don’t have to keep flying south when the weather to our north is hot, they stall, content with flying less distance I am sure, I think if I was a bird I would feel the same…

Alright, left off last time with a killer tuna trip, of course we had to go back for more…  Oct 22nd overnighter in the Washington, 67 degree blended water.  Two other boats overnight with us.  Pull into the hole about 4pm start chunking.  Tuna bite in 15 mins, hell yea…  So, I can remember an old charter captain who always told me “I don’t like hooking up right away, rather have bites near the end of the trip, makes the charter feel like your work payed off”  Well, who the hell wouldn’t want to get bit off the bat?  It is great to break the ice and take the pressure off, but when that is your one bite of the trip it makes for a long ride home the next day…  Anyhow, got our one yellowfin by 5pm and nothing the rest of the night.  2 sword baits out, perfect drifts, out buddy boat got one, and we got to eat some of his the next day, sure would like to stick one for ourselves, one day, err night..  Damn a fresh blackened swordfish sandwich is good, most likely one of the best sandwiches you can have.  Fresh now, make sure its fresh.  Popped a couple mahi off the balls in the morning and headed on in.  At least weather was great!  Hey, still eating fresh tuna steak that week, can’t complain much. 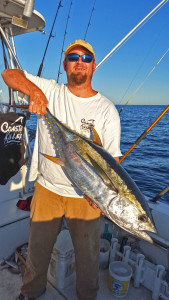 Oct25th Chincoteague hosted a small fishing tournament.  The weather was forecasted to be fairly poor and the fishing reports had not been great.  Only a few people signed up, good for us? Sure.  Ended up with 1st and 2nd place bluefish, neither were over 2lbs…  Also got 1st place trash fish, check out this Conger eel we caught with a few minutes left in the day.  Damn ugly eel actually earned us some cash, cool, almost enough to pay for some fuel… 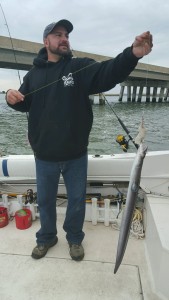 Ok, time for some simple trips.  A nor’easter blew in, with mild temps and very high tides.  The wind and rain wasn’t too bad and we took the opportunity to run the small boat around to explore little creeks we otherwise couldn’t get in.  Well, come to find out every creek was loaded with stripers.  Game on like bass fishin’, light tackle fun deep in the marshes.  Quick run down of the next few trips.

11/16 offshore 30 miles for seabass.  21 keeper seabass, left at lunch, couldn’t leave the rock alone, pulled the boat up on seaside shot across the shore, dropped in the bayside and smacked a few rock before calling it a day, a long day… 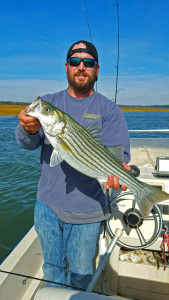 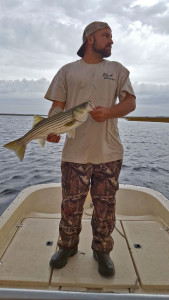 Man we sure fished in November.  The good run of small rock made it fun, and fish were on both sides of the eastern shore in the shallows.  Good chance to scope out some waterfowling spots while catching fish, double duty.  So, getting away from the rockfish for a bit, the last few days of November brought in a warm water gulf stream eddy along the 100 fathom line, and there was a report of some tuna caught.  Forecast was just “OK” calling 5-7ft but long period swell, anyhow, still pushing the limits for a smaller boat in the canyon, in November…ON THE FIRST DAY OF RIFLE SEASON……

While debating, we get a call from the mate on the Muff Diver in Ocean City Md.  “Hey, want to fish with us”   Well, that sure made the decision easy, hell yea!  4am at the fishing center in late November, wow it is quiet, 2 boats with lights on, couple cars in the lot, most boats up on the hard, huh I kinda like OC if it was like this in the summer…  We had this elaborate plan of attack for the day, “go kill fish” and that is what we did… Started in the poorman’s canyon, 2 tuna bites in the first hour, got em’ both, yellowfin.  Then it was on with the mahi on the gear.  They wouldn’t eat chunks but we could kill on the troll, so we trolled.  Put 14 in the box before moving on.  Things were slow for a bit, deer salami, mustard and a natural light, fishing in shorts and a Tshirt, late November, this is livin’ right.  Had to make a choice if we wanted to groundfish.  I personally love seabass, both catching and eating.   240ft to the bottom, long time for a 5oz jig to hit, damn it was worth it.  10lb chopper bluefish first drop.  Damn that’s not good, kill him.  And yea, kill his brother over there too who ate half that of that seabass.  Drop again and the bluefish lighten up on us, double of knot head over the rail, and another.  All were nice fish in the 4lb + range.  Squid was catching and so were jigs.  Stuck a nice one at the end on a jig, weighed 5lb 9oz the next day, damn nice seabass..  Rode home in the dark on a nice rolling following sea.  The boat was even happy, she was loving the rollers, one of the fastest she had ever cruised.  Deer salami and mustard, yum… 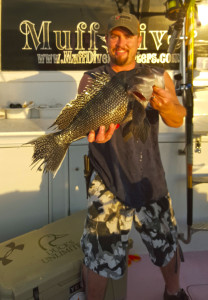 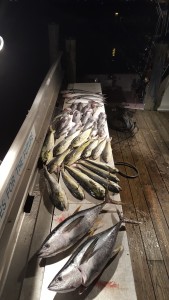 We now pause life for Maryland rifle season.  2 weeks, hunting every evening (except missing opening day going tuna fishing.)  It is always a good time with a bunch of good friends.  Every night we meet up and get the scoop on who saw what and where.  Clean our deer, BS around and do it again the next day!  Lot of does were taken this year.  A few nice bucks as well, nothing really extravagant stands out for the year though.  Biggest doe in our contest is 138.8lbs so far, nice fat one… 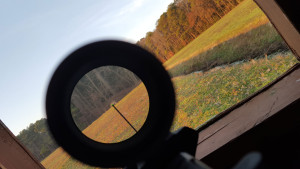 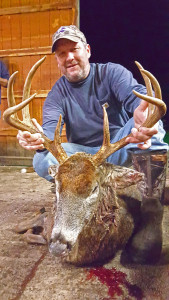 3rd spilt of duck season is now open.  We have got on a few birds, nothing great, but enough for some dinners.  Duck cheesesteaks have to be some of the best things on earth, yum.  We would love to see some frigid weather, but it sure does not look like it will happen anytime soon.  About typical, the best duck hunting will be a week after the season closes…. 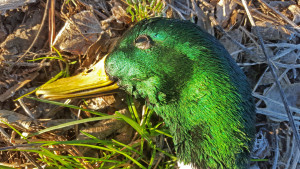 Alright back out to the field, or bay or both.  One good month of hunting left, then comes the sad times, Feb and March where not much goes on.  On a side note, looks like we might not be around for some of next year.  Deployments in Greenland and Antarctica for the real job are going to take their toll on the fishing reports next year.  Life goes on, now get outside and getcha one!

AS always, check out our facebook page, that gets updated almost daily!