Spearfishing off Chincoteague, with flounder, Spades and a Mako release 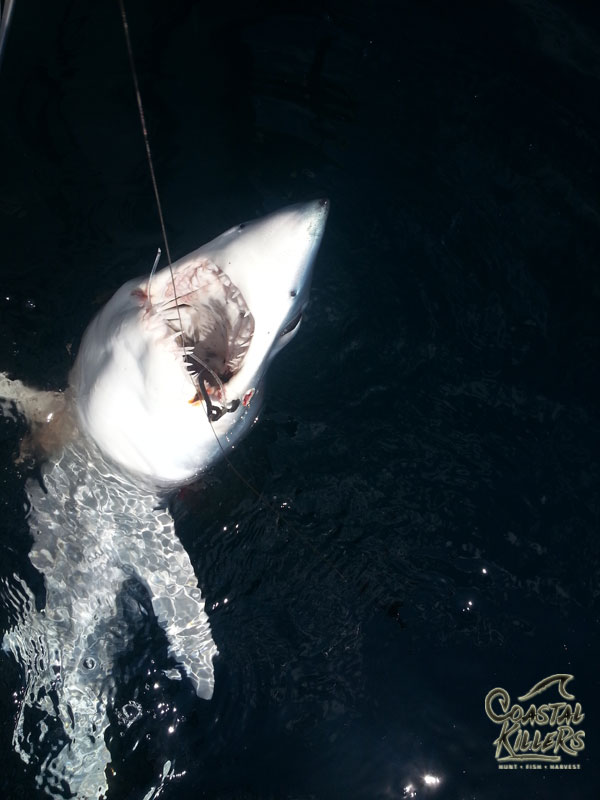 27 Jun Spearfishing off Chincoteague, with flounder, Spades and a Mako release

We ran off Chincoteague to the artificial reef.  This time of year the flounder start to congregate in the deeper cooler waters of the ocean.  They like to hold around structure and the Blackfish bank reef is a known hotspot to find these fish.  We started drifting over the structure which consists of old New York subway cars that were placed by the state of Virginia to build the reef.  Fish were hungry and we boxed our limit around 8:30 and decided to push off a little farther offshore. 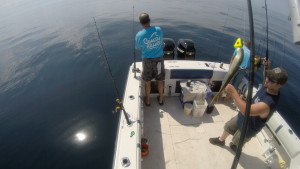 Setting up to shark fish

We ran about 10 miles further and started chumming for a shark.  Within a few minutes we had a hungry Mako boatside.  He was just undersized and he had 2 other hooks and leader already in his mouth so we decided to let him go.  We cut all the old longline gear off of him and away he swam to grow up. 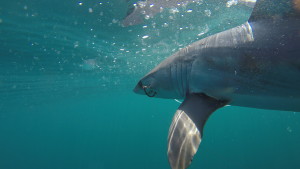 A mako with a longline circle hook in him.

After the shark we decided that it was so calm and the water extremely clear it would be a perfect day to go spearfishing.  So running back inshore we setup on some large spadefish.  It was the first time for a few of our guys and they had a blast! 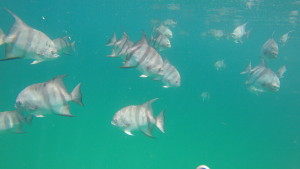 Some spades swimming off Chincoteague, Virginia

Shot a few bigger spades and called it a day.  Couldnt ask for a better time on the water! 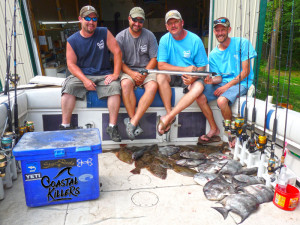 Flounder and spadefish after a good day