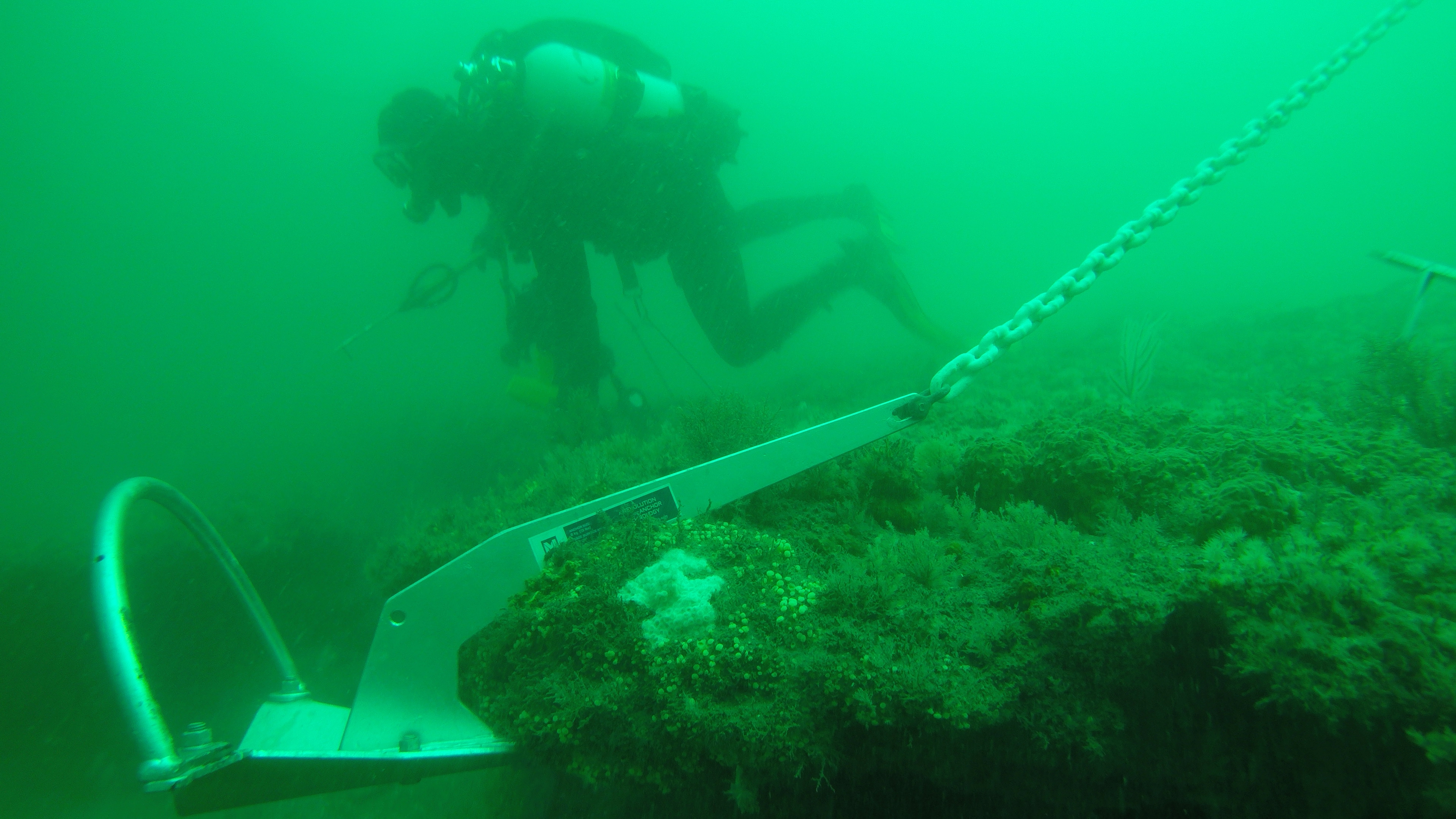 It’s been a minute since another post here, typical, especially in the summer. Right now sitting over in the left coast for a couple weeks and finally have a chance to catch up, kicked back in the hotel. Spent 3 weeks in Barrow, Alaska this summer, a sportsman’s paradise, but it sure is remote. Day we got there we took a drive and see a group of locals cutting up a beluga whale. Woah! Was that wild. They butchered 3 seals at the same time. Not a strip of meat left on any of the carcasses, and the women did most of the carving, its a different place. A drive through town and there is meat hanging and drying from people’s porches. Polar bear skins hanging, girls in the front yards butchering caribou. These girls are very skilled, cutting single tendons out of the caribou’s leg, those tendons will be dried until October (specifically) then they are used to tie seal skins to the wood frame of their canoes. Hard freaking core up there, I like it. Every evening the guys would line the beach and take shots at giant flocks of King Eiders flying over. No camo here, no blinds, no decoys. God knows what one of our seaduck rigs up there would do… While duck hunting these guys would pull their salmon nets. I got to help a local bring in the net and we landed about 20 salmon. He gave me a few fish. I ate fresh salmon for a week and a half, even made fresh caviar, that was living right. Land of the midnight sun, it was a totally different world.

Back on the shore in August. Got some new riggers for the boat, little longer than the old ones. They work good, and somehow I haven’t broke or bent them yet, we will see, i’m hard on steel. Flounder trip was first, demolished them, limits by 8:30am. Glad to see they were still around, fine eating fish. We got a good one that trip too, 28” 7.3lbs, best one I have seen come over the rail on the boat. Was not too much going on offshore so decided to try a deep drop. Should have just kept my ass on the inside. Got some bluelines before the current went ripping, picked up a couple mahi before heading in. 15 off the beach and spun a prop, so I thought… Ended up the whole lower unit exploded, great, they cost how freaking much? Wow.

No, there is no getting out, it just does not work like that.

Anyhow, couldn’t get the rig turned around too fast, still need a house to live in… Sat the rest of August, thank goodness for good friends with boats. Out the next week in the canyons, busted some nice yellowfin on the chunk, that helped… The deep water red drum bite picked up in the bay, ran down and picked up a few, that helped… Needed to get on the flounder, forecast was flat, ran the 16’ skiff offshore, 50 mile round trip, 2 man limit of flounder by 7:30am. This was with a buddy who had never saltwater fished before, that helped. Nearing end of august, couple run arounds with a used lower unit, shouldn’t have tried to take the cheap road. The old capt told me years ago, “if it is for a boat, don’t buy cheap.” Damn I keep having to relearn that lesson.

Next call I get is a new one, “let’s go scuba diving.” Well, it’s been a few years since I have done any serious diving, even then it was mostly under boats pulling out old ropes in props. Prob been 8 years since going under offshore. OK, let’s do this, my gear is still good, time to give it a whirl. Helps to have a guy with more experience, and confidence… So, I have been wanting to dive on a new to me wreck, found it going through some recent noaa data. About 8 off the beach, little north, always full of flounder, and big snags. Load up the buddies boat with gear and we are off on a flat calm Saturday morning. Pass by the fleet at the reef and head off out of sight. Find our piece and dropped the anchor and locked in. Gear up and down the anchor rope we go. Big color and temp change at 30 feet, very green water. Hit the bottom and vis is like 4-5ft with a VERY muddy bottom. Soon as we touch down it clouded over. Only one thing to do, hunt. So on the hunt we went, didn’t take hardly a minute and there was flounder, flounder everywhere… Bayonet style with the spear gun and slide the fish up on to the clip, yea this will work. Spent the next few minutes searching around the wreckage. It looked to be an old clam boat, many big aluminum poles were still around, lots of growth and rope, she had been there a while, and sure looked like it was not a pretty sinking. Up the rope we go, the warm water layer sure felt good.

Still had a couple more full tanks, but decided to change wrecks to get better vis. Made a move to the Bone wreck, a fairly well known wreck off Chincoteague in about 75ft. Back down we go. Wow, what a change, 40 ft vis at least, nice sandy shell bottom and what a wreck! Big hull standing 20 ft high. I spent more time exploring and less time “hunting” this dive. Just in awe by all the fish and critters moving around. Watched my buddy grab a lobster, that was cool, now I see how to do it. Rescued a hooked sea bass who was trying to pull around a 4oz weight. This was a day I needed, I can sure get back into this game.

UPS truck pulls up, like a kid at Christmas I watch him pull the crate out. Time to get the boat back running. Next day after work we do a test run to the reef, while catching our limit of flounder the live croaker we had out gets gobbled up, 15lb mahi in sight of land, BONUS! Boat ran good, game on…

Next weekend, got the call to go diving again, and we do. First dive is on the SS Monroe, sunk in 1914 (read more here https://en.wikipedia.org/wiki/SS_Monroe_(1902)) 41 people lost their lives on this sinking, maybe creepy? Eh, it’s just a shipwreck, down we go. This is another big wreck, very high relief, LOTS of BIG tautog swimming around, but we were after flounder. They actually were not many on this wreck, surprising. Explored a little more and came on up top. Next move is a little piece more inshore, not quite sure what they call it, but it is small, basically a ridgeline about 60to 80ft long. All the flounder were stacked up at one little end, popped a few. Decide to move one more time, even more inshore. Heard there might be a nice snag for some lobsters, but last time it was dove they said it was silted over. Down we go, lot less vis here, but there they were, flounder and bugs. Got my first lobster! What a day, ended up throwing a live bait to a bunker school off the beach and even got a bonus cobia, nice…

OK, boat is good, we head to the canyons. A little tuna chunk bite was going on. We got some smaller yellowfins in the 30” range. The larger fish were there but man did we suck. Pulled hooks over half dozen times, then for some reason broke off another 6 fish as soon as they came tight. Like, WTF are we doing wrong! Same as always, just was not going our way! We had tuna boiling at the transom, so cool to see, plop a bait down and it would get sucked up then just pop out…. Errr… Kept sticking it out, as you have to do in this game and finally hook a decent fish. Wind kicks up and I am fighting this fish on 8lbs of drag because it’s 3pm and we need it. (yes 8lbs, I know that is stupid, it was) That yellowfin whooped me good, I should have cranked up on him from the start, but after losing a dozen fish, well, we really didn’t want to break him off. 30lb leader and no idea when he will chew through it. Anyhow, round and round, waves getting bigger, storm comes over, raining, we stick a gaff in him. Hey, got a decent box full of smaller tuna and one good one. Tuck in behind the “Wave Runner” as he leaves the canyon headed to Wachapreague. Thanks for knocking them down a bit for us! 5 miles inshore of the tip it starts to layout. Perfect ride home with sun out afterwards, can’t complain too bad, we got some fish for dinner.

Fat yellowfin behind the boat

Couple days on land waiting for a tropical storm to pass and we need some redemption, I know we can do better, so back to the canyon. Livewell full of pretty baits, spot, mullet, bunkers, the works. Bags full of fresh peanut bunkers and flats of butterfish, we were going to chunk up hell. Well, long story short, we don’t… What we do though is absolutely annihilate some mahi. We found a little float and they were stacked like wood. Some real nice gaffers too. We brought a big bag of false albacore chunks and they just cannot resist that. Spinning rods out, we put 25 in the box in 10 minutes first thing. Well, that was about how the day went. We dumped everything we had fishing for tuna, right in the whales, nada mark. We watching the greenstick guys pick at fish all day within a couple hundred yards of us, yet the tuna would not touch a live or dead bait, damn, something is not right. I have to play this greenstick game somehow if we want to keep up. Now how the hell am I supposed to put a 40 ft some tall stick on a little 25’ boat, and have it be able to drop down for trailering at that. 2 years I have been thinking about it, I have some gear to do it, but, time to go outside the box… Not getting a tuna bite, guys want to pull on fish, back to mahi and catch another 25. Fish tacos for everybody.

Whoosh, back in a plane and back across country the following day. Airplanes and lasers, back to work. California is nice, there is just not enough water in the desert for me, way too dry. It did give me time to get a kite setup going. Looked at Bob lewis, SFE, Boston big game, all the top players. Finally talked to an OBX capt and he said keep it simple, parafoil 5, 30 bucks on amazon. Well, 30 bucks, I took the gamble, keep an eye out, while it’s no greenstick, I’m going to give it a whirl, It can work, im sure of it… I hope :/ I also shouldn’t have read those swordfish books on the flight, yea I need that bucket fish too.

Till next time, which might not be long. Have one week back on the east coast before we head to South America for the fall. Straits of Magellan, damn that is a windy place, at least they have a couple trout streams with some beautiful little brown trout, kinda foo foo, but I don’t discriminate. Now go getcha one.