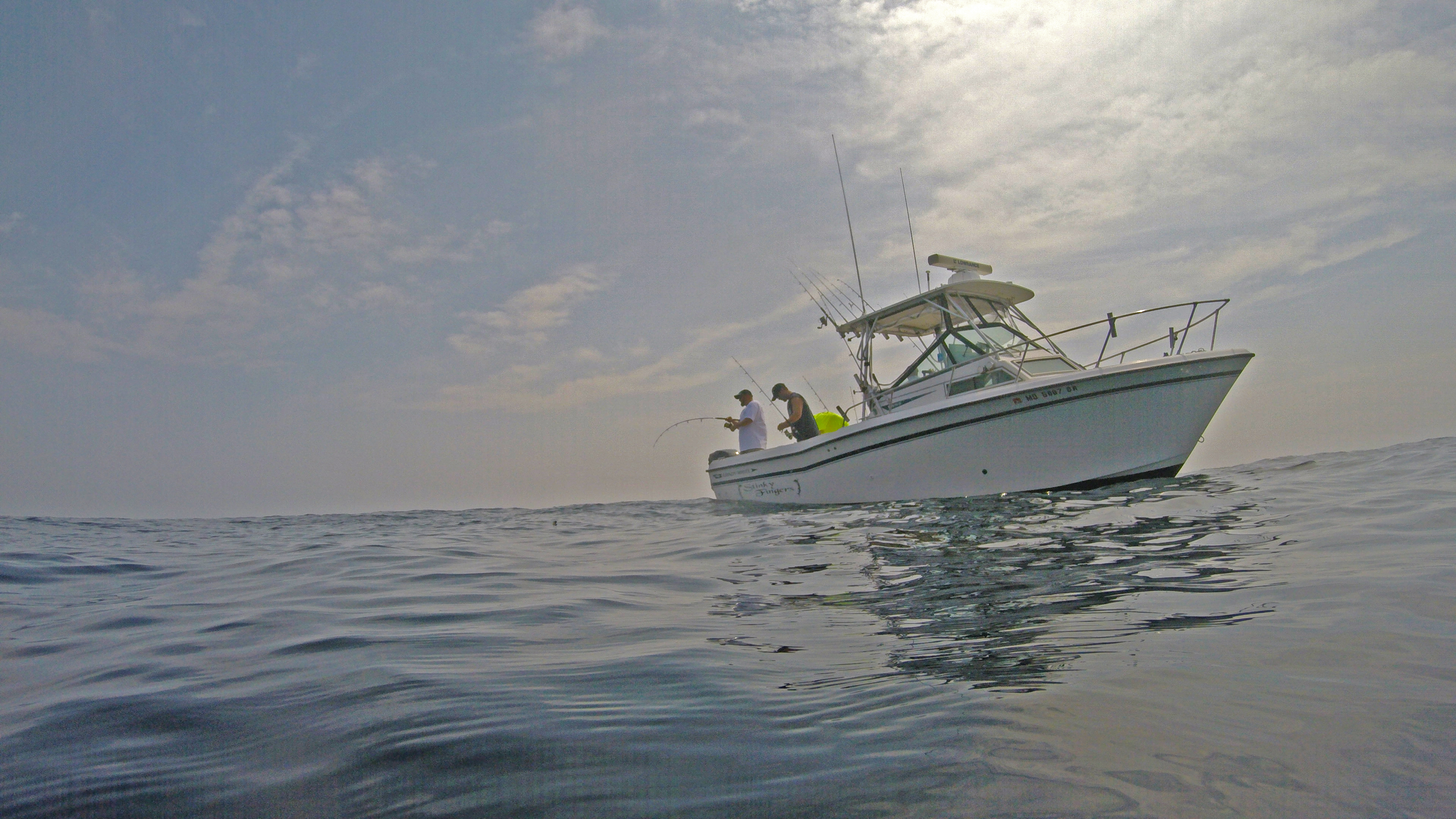 Our friends over at www.seahawksports.com  hold a flounder tournament every year on July 4th weekend.  The proceeds go to a local family in need.  Its a great cause and for the last few years it is timed right with the start of oceanside flounder fishing.  This year was no different!  Around the 1st of July the flounder move from inshore to offshore to follow the cooler water.  They started a bit early this year, with our first ocean catches June 20th.

In this tournament you can fish either in the Chesapeake Bay, the inshore seaside waters or out in the ocean.  The days before it had rained pretty hard and the inshore seaside waters were very dirty.  Years ago we could find a few flounder in the Chesapeake by this time, but in the past 3 years they are non existent until the fall.  So, that left the ocean to target.  Our prior weekend trip told us the fish were there, but they were running on the small side.  Also, the forecast was pretty bumpy on Friday and only getting worse Saturday…. 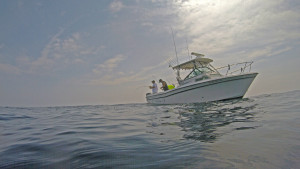 It finally laid out a bit friday afternoon

Our plan was to go right back where we left fish the week before, on the artificial reef on Blackfish banks offshore off Chincoteague.  Friday morning we were met with a little bumpy inlet but it was not too bad  and we headed right on over to the reef.  The reef consists of 40 armored personal carriers deployed in 1998 and also a lot of New York Subway cars deployed in 2008.  We were able to get a side scan map of the area from our friends at NOAA.  Here is what the reef looks like if you could see it from above without the water.  Pretty cool 🙂 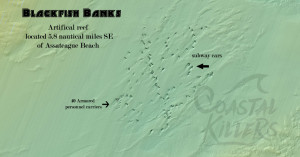 A sidescan view of the reef at Blackfish banks

Well, after an hour on the reef that plan was a total bust.  The current was screaming with the wind.  We were fishing with 10 and 12oz sinkers just to get our 30 second drop on the bottom.  Couple short fish but it was just not happening.  So, plan B, push offshore a bit to get away from the strong current.  Well, plan B worked.  moved out, current died, swell got smoother and fish started coming up.  Our big fish day 1 was 4.25lbs.  Weighing in that night it was good enough to put us in 1st place for day 1. 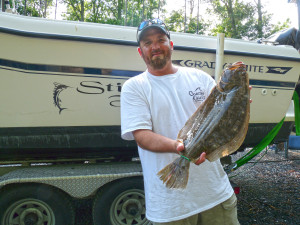 Saturday, plan was to skip the reef entirely and go to where we found fish the day before.  Plan A SUCKED.  Got to the spot where we hit them good the day before and couldn’t buy a bite.  Swell was BIG, with chop on top.  It took both motors staying in reverse just to hit bottom with 10oz’s.  NO FISH, wth, they were right here yesterday.  So on to plan B, well we didn’t have a plan B so we made one up, started running back inshore and on the next drop 3 of us hit big fish on the head.  For the next 2 hours we hit them good, got our limit and got another nice fish.

This one ended up being the tournament winner at 4.88lbs!

Not a bad way to end two days of fishing

16 flounder and some seabass 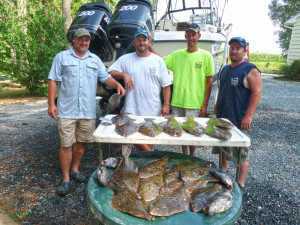 16 flounder and some seabass, another good day